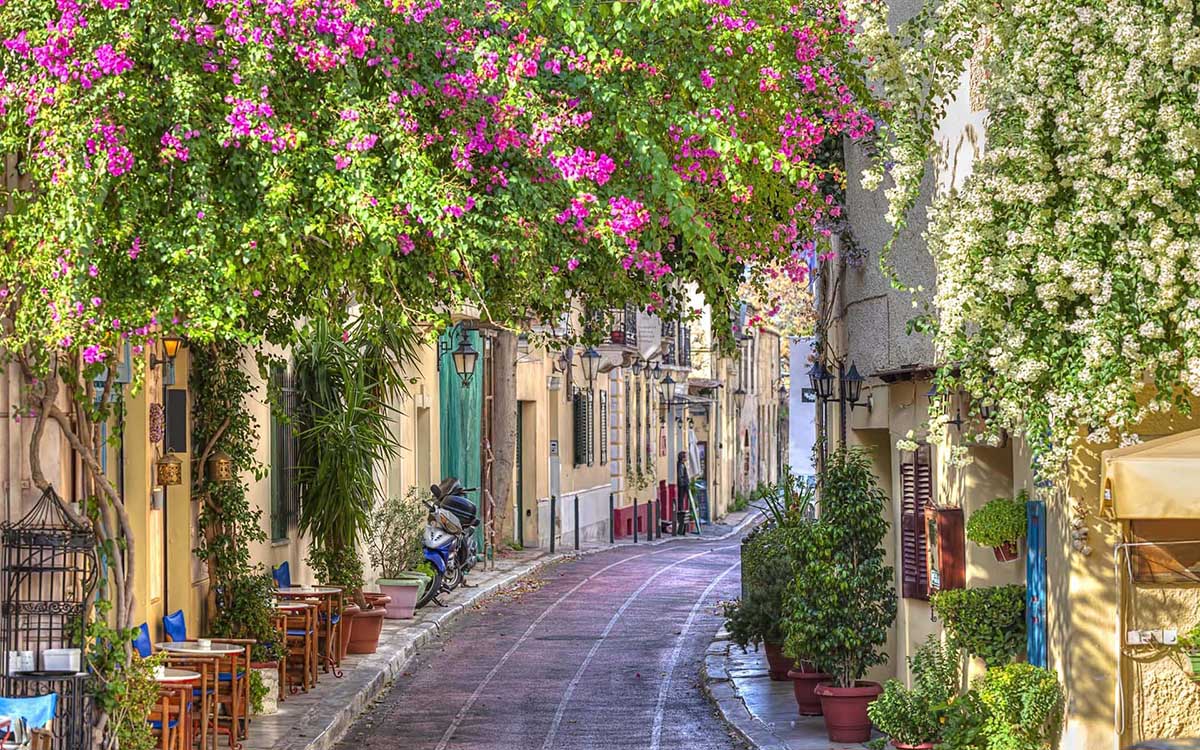 Piraeus, the “brother” of Athens

Most of you have heard even once “The children of Piraeus” (Ta paidia tou Pirea), the song composed by M.Chatzidakis and sung by Melina Merkouri in the film “Never on Sunday”. However, it is generally unknown to the public that the place which acquired a global reputation thanks to this film and song is the town and the port of Piraeus.

The Piraeus history: Piraeus is surrounded by the sea and this influences the pace of life here. The town planning was realized by architect Ippodamos in mid-5th century B.C. The plans of Ippodamos were used as guidelines for the second planning of the town in 1834. Themistocles was the first one to realize its importance for the city of Athens and to promote it to be the major port in order to replace the Faliros Bay, which was used by the Athenians until the 5th century B.C.

Aiming to create a fortified port for the city of Athens, within the period from 493 to 479 B.C. he constructed the Piraeus Wall. Later, Pericles completed the fortifications by building the Long Walls (Makra Teichi) which protected both sides of the road throughout the route from Piraeus to Athens. During the Middle Ages, Piraeus was known as Porto Leone due to the presence of an enormous stone lion sculpture guarding the port entrance.

Today, it is the main port of Athens, the biggest one in Greece and one of the most important ports of the Mediterranean, a major shipping, industrial and transportation center of the country. City life focuses on the three parts of the port: the central one, the Zea marina and Mikrolimano.

The Central Port: Its ancient name was Kantharos and today is the center of the city life. From here you can embark on a journey to all the Aegean islands (apart from the Sporades) and Crete. You can stroll around to see not only the cargo ships but also the sea liners, as well as the arrivals and the departures of shipments and people from all over the world. In the Freatida area you can see the remaining parts of the ancient Piraeus Wall (on the coastal area).

Zea marina (Pasalimani): This marina is the docking place for some of the most impressive yachts and cruisers. On the coast you can find many restaurants, taverns, bars and commercial stores which satisfy every passenger’s need.

Next to the archaeological museum you will see the Ancient Theater of Zea (4th – 3rd cent. B. C.).

Mikrolimano: This port was protected by the goddess Mounichia Artemis and today is a popular area attracting people from all over Attica. It is a beautiful small port full of fishing boats, small ships and luxurious yachts. If you are fond of fish and sea food, you should eat at one of its famous taverns.

Kastella: A popular and beautiful quarter of Piraeus built on a hill also known as Prophet Ilias. If you walk to the top of the hill you will see alleys with picturesque houses. In this area you will also find the outdoor theatre “Veakio”, which hosts significant cultural events during the summer.

Municipal Theatre of Piraeus: It is located in one of the central squares of the city (Korai square). It is a neoclassical building constructed in the 1880s by architect I. Lazarimo, one of the most frequented places and a usual meeting point for the residents of Piraeus.

Metro station “Pireaus”: This magnificent eclectic building with the arched dome (1929) has been greatly influenced by the relative European stations of that period. Recently, the internal facilities were fully renovated, while on the walls we can admire paintings made by the students of Fine Arts School.

Archaeological Museum: It mainly hosts sculptures discovered in Piraeus and the coasts of Attica. The exhibits describe the history, period of prosperity and decline of the ancient city. You should pay exceptional attention to the five bronze sculptures discovered in Piraeus in 1959: the Archaic Kouros-Apollo, the two sculptures of Artemis, the one of Athena of Piraeus and a mask of ancient tragedy (4th century B.C.).

Maritime Museum: You will find it in Moutsopoulou Coast and its exhibits present about 3000 years of Hellenic maritime history.

How to go there: You can take the metro and get off at “Piraeus” station. Moreover, there are regular bus itineraries departing from Filellinon street in Syntagma square (No 40) and Athenas street, Omonia square (No 49), which arrive at Xaveriou Coast (Piraeus).

Find out more or adjust your settings.

This website uses cookies so that we can provide you with the best user experience possible. Cookie information is stored in your browser and performs functions such as recognising you when you return to our website and helping our team to understand which sections of the website you find most interesting and useful.

Strictly Necessary Cookie should be enabled at all times so that we can save your preferences for cookie settings.

If you disable this cookie, we will not be able to save your preferences. This means that every time you visit this website you will need to enable or disable cookies again.

This website uses Google Analytics to collect anonymous information such as the number of visitors to the site, and the most popular pages.

Please enable Strictly Necessary Cookies first so that we can save your preferences!